How a substantial decline in the number of the unemployed may not reflect in the rate of unemployment, how it may be linked to the state of our economy, employment among youth and women, and more…

As the Government of India announced its new recruitment policy Agnipath for the armed forces, the Indian youth erupted in the streets to protest against the scheme. The conversion of service in the armed forces from a permanent to contractual has led to large scale resentment amongst Indian youth who came out in large numbers to record their protest. A similar instance occurred in January 2021 when the Ministry of Railways tweaked its recruitment criteria for the Non-Technical Popular Categories (NTPC) in the railway recruitment.

While a cursory look at such instances reveals the lack of consultative process and ineffectiveness of policy making, it also hides a much larger structural issue of unemployment in the country.

The International Labour Organization defines the employed as those of working age who were engaged in any activity to produce goods or provide services for pay or profit during a brief reference period. According to this definition, an unemployed person is not someone who is out of job, but rather someone who is out of work. The UN System of National Accounts defines the distinction between work and employment as the boundary of what is considered economically productive.

The unemployment rate is calculated as a ratio of jobless to labour force, where labour force is defined as the sum of employed (although not necessarily those working) and unemployed people. On the other hand, unemployment does not just reflect the absence of employment; it must also demonstrate an active search for work.

This excludes all people who are not actively looking for work but would be willing to work on better terms or for higher pay. Thus, if a substantial number of job seekers who are dissatisfied with their inability to find work stop seeking work, the number of unemployed people will reduce even if no new jobs are created.

The employment-to-population ratio (also known as the worker-population ratio), which measures what percentage of the overall population is working, declined to 45.6 percent in 2021 from 50.4 percent in 2014. Even though the proportion of the population employed declined, the unemployment rate oscillated within a reasonable range because a considerable number of people stopped looking for work entirely.

When we dig a little deeper into the employment-to-population ratio, the picture becomes clearer. As of 2020 India has a population of 138 crore, out of which, 92.73 crore individuals (Age group 15 to 64) fall under active working-age population. 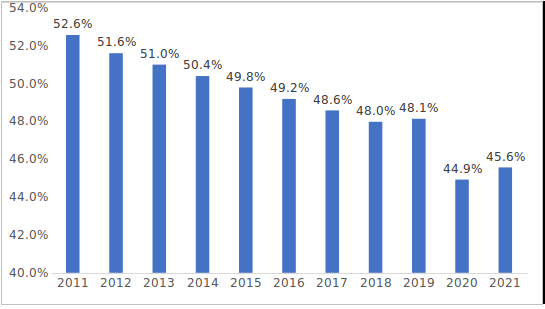 According to the 2011 employment ratio of 52.6%, around 49 crore people should be present in the job market; however, just 42 crore people are currently actively engaged in the job market. This means nearly 7 crore people have left the labour force. This reflects people's lack of confidence in the Indian economy. While the number of unemployed people fluctuates, this fundamental structural issue has been unsolved for the last eight years, causing widespread dissatisfaction among Indian youth. 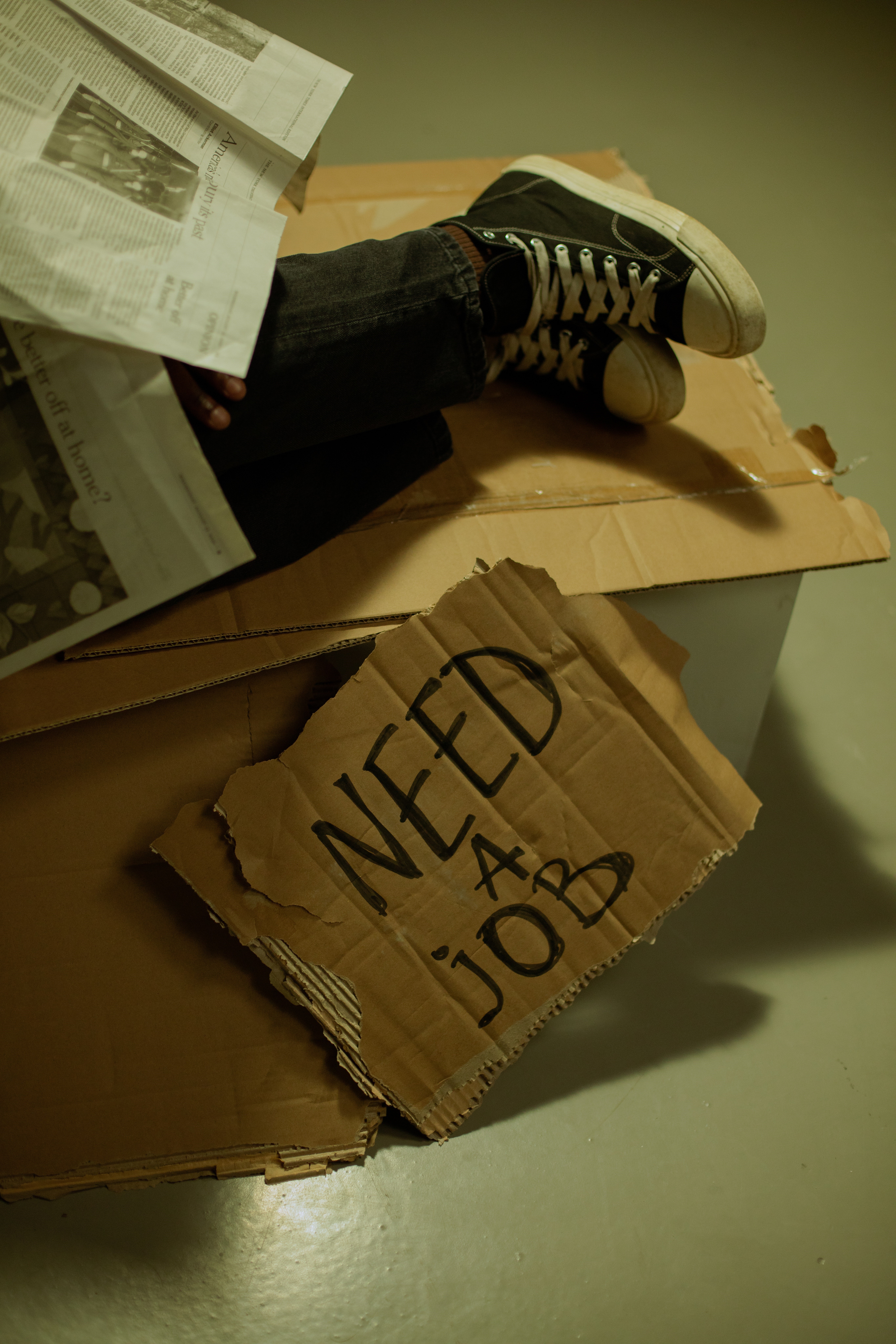 The second structural problem afflicting the Indian labour market is the vexing issue of youth unemployment. Indian is a place where people go to great lengths to educate their children in the expectation of a better future. Unfortunately, this educated segment of the population is also the most unemployed in the country. According to World Bank data, unemployment among the age group 15-24 is the highest in the country, standing at 24.9 percent, implying that one out of every four educated young Indians today is looking for work. Furthermore, we would have seen hundreds of well-educated graduates working in the gig economy to earn a living. While such occupations may give individuals short-term financial benefits, they will not provide them with long-term career advancement. As a result, the country's persistently high young unemployment remains a key concern.

India has the world's largest population of young people. However, if people remain unemployed even after receiving an education, the government is not only preventing them from actively participating in the country's growth, but also sowing the seeds for long-term societal ills in the country. 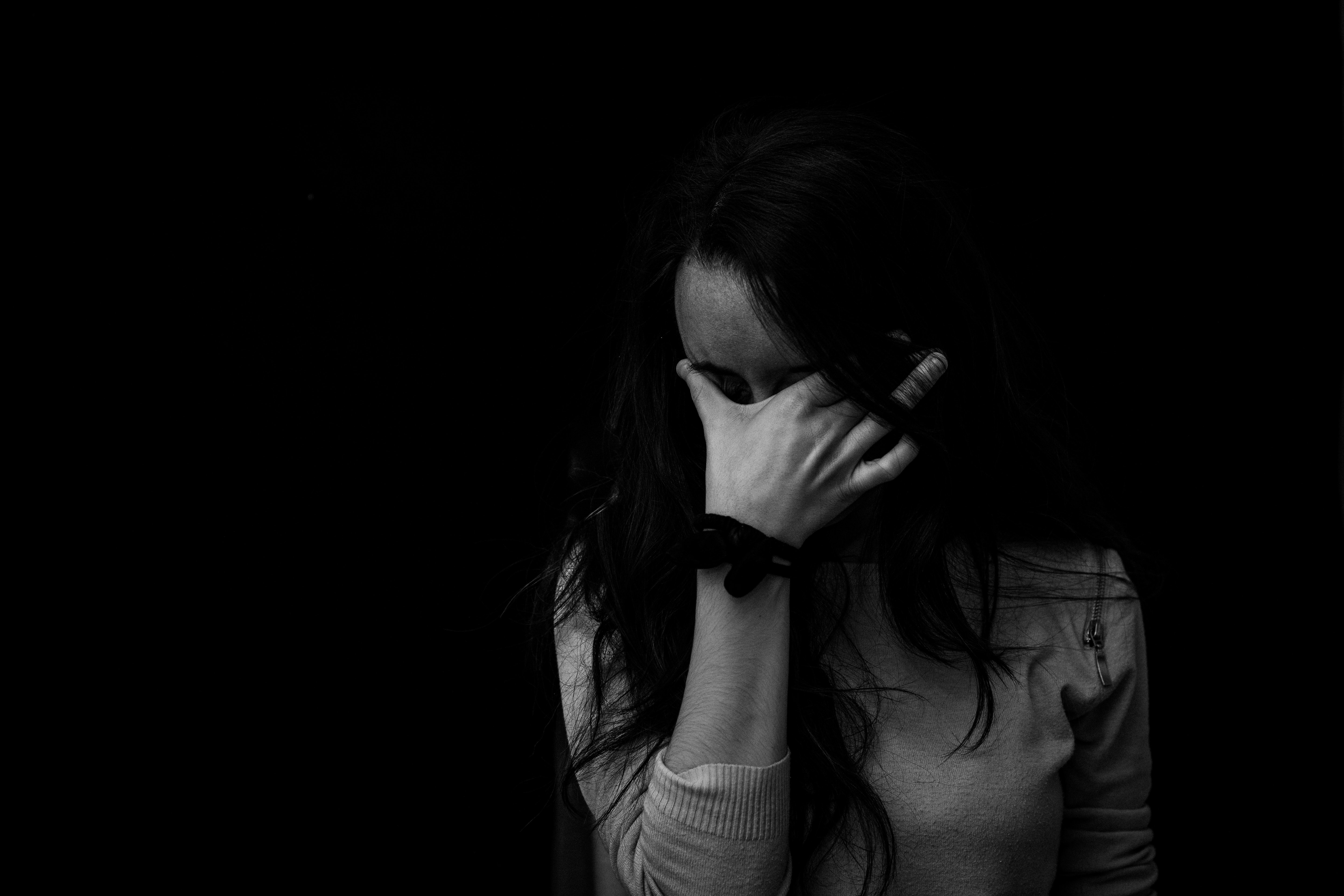 According to World Bank estimates, the female labour participation rate in India fell to 19 percent in 2019 from more than 32 percent in 2005. Our neighbouring nations, Bangladesh (34.87 percent) and Sri Lanka (30.9 percent), have higher female labour force participation rates. This is a significant structural problem that affects the entire country. While Bangladesh's female labour force has increased in the previous 10 years, India's has declined precipitously. India will not be able to develop without the active engagement of its women. Any progress made without their full participation will be unjust and unequal.

India is a young country at a crossroads in its history, undergoing economic and social upheaval. When most Asian economies grew, they did that through labor-intensive employment-oriented expansion. India, on the other hand, appears to be an exception. While our services sector contributes greatly to our economy, it is unable to absorb the army of young people that graduate from college and enter the work force each year. Furthermore, despite high growth rates, the labor market has remained mainly muted and is beset by a slew of structural difficulties. These structural challenges must be addressed if long-term economic growth is to be sustained.