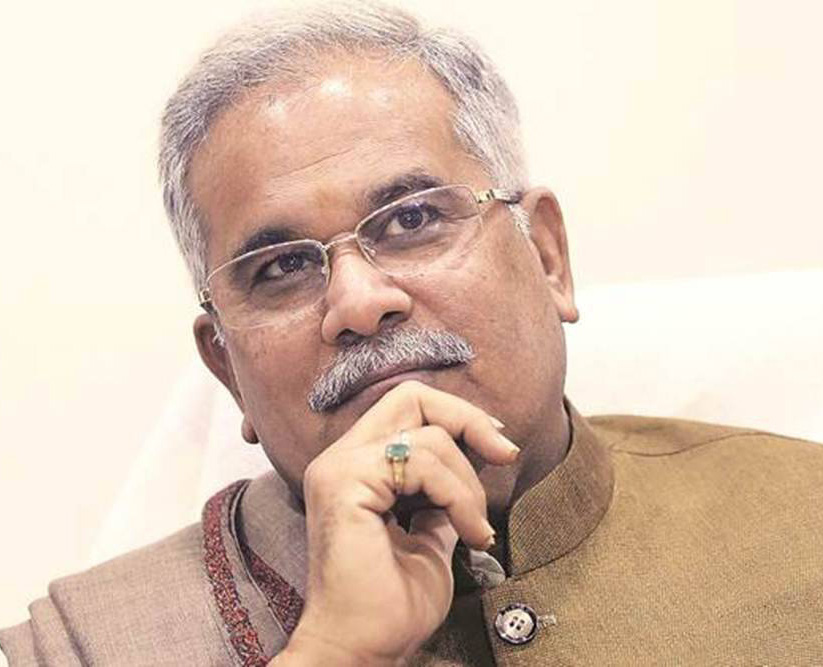 Between 2004 and 2014, the UPA governments oversaw the fastest recorded economic growth in Indian history. This growth overlapped with possibly the most significant poverty reduction epoch of human history, with an estimated 14 crore to 21 crore people moving out of poverty.

These twin objectives look mutually exclusive today due to a kleptocratic and plutocratic kakistocracy incumbent. For the first time in 50 years, poverty rates have increased. And we have seen more than nine quarters of consecutive fall in growth rates. These pre−Covid situations are not explainable by any externality.

So what explains these adjacent periods of extremes?

For a country of India’s size and population, growth can only come by increase in consumption by our people. That means more money in the hands of the poor. They have to become a part of the growth pattern and move beyond their subsistence economy. The UPA had aptly called this inclusive growth. Rising MSPs, farm loan waivers, and MGNREGA were put in place to ensure increased assured income and cash at the bottom of the pyramid. These schemes were supported by significant increases in health and education spending, further helping the people cut expenses.

But 2014 onwards, there was a rollback of all these steps. Below inflation nominal growth in health and education allocations, static MSPs with denial of state bonuses, and neglect of MGNREGA gradually eroded the gains, and the poverty rates returned. The country entered the worst agrarian distress of the century. Malicious anti−social politics, under the garb of cow protection, threatened the social fabric and made stray cattle the biggest farm issue across the country. Demonetization proved to be the proverbial last straw. The informal economy which had recently undergone monetization was stripped of liquidity, and consumption fell. Even persistent low oil prices could not help salvage the situation.

Remonetizing the Bottom of the Pyramid

It was in this scenario that the INC in the year 2018, under the vision of Shri Rahul Gandhi, came up with its idea of remonetizing the bottom of the pyramid. In the state assembly elections, we promised farm loan waivers and enhanced MSP procurement with a substantial bonus to the farmers. The idea was to create a framework for enhanced primary entitlements that empowered and assured the poor of a living income, thereby inspiring confidence in consumption spending.

We saw good results across the board. Chhattisgarh bucked the slowdown and saw increased consumer and capital spending, especially in the rural and agrarian sectors. The paradigm was that the structural imbalances between the rural−tribal and modern−urban economic systems couldn’t be left unaddressed. The state needed to support the former, which employs about 75 percent of its workforce, and create entitlements which would fuel sustained growth of industries and consumption.

For this, the state came up with its unique programme of Narva, Garva, Ghurva, Bari (NGGB; rivulets, cattle, farm waste, and farms). It was followed up with schemes for forest products, like increasing the MSP of tendu leaves from Rs 2,500 to Rs 4,000 per sack and mahua from Rs 17 to Rs 30. Through NGGB, the government tried to help the village community find solutions and make those solutions remunerative.

For example, by making daycare centers for cattle, locally known as “gothans”, and providing for its staff and fodder, the state tried to empower the community. This idea led to the recreation of the ‘Commons,’ which a misplaced notion of development had taken away. It also meant jobs in each village. And in an innovative step, the state has started buying cow dung from the farmers to process them into organic manure in these gothans. The purchase also enables direct cash transfer to the poorest of women who generally collect cow dung in village streets.

Other ingenious schemes like the “Mukhyamantri Haat Bazaar Scheme” aimed at taking healthcare to the weekly village markets in tribal areas, and “Mukhyamantri Suposhan Scheme”, to support nutrition, were also started. There was a positive impact of these schemes. Last year, when automobile sales were falling across the country, Chhattisgarh registered a 25 percent growth. 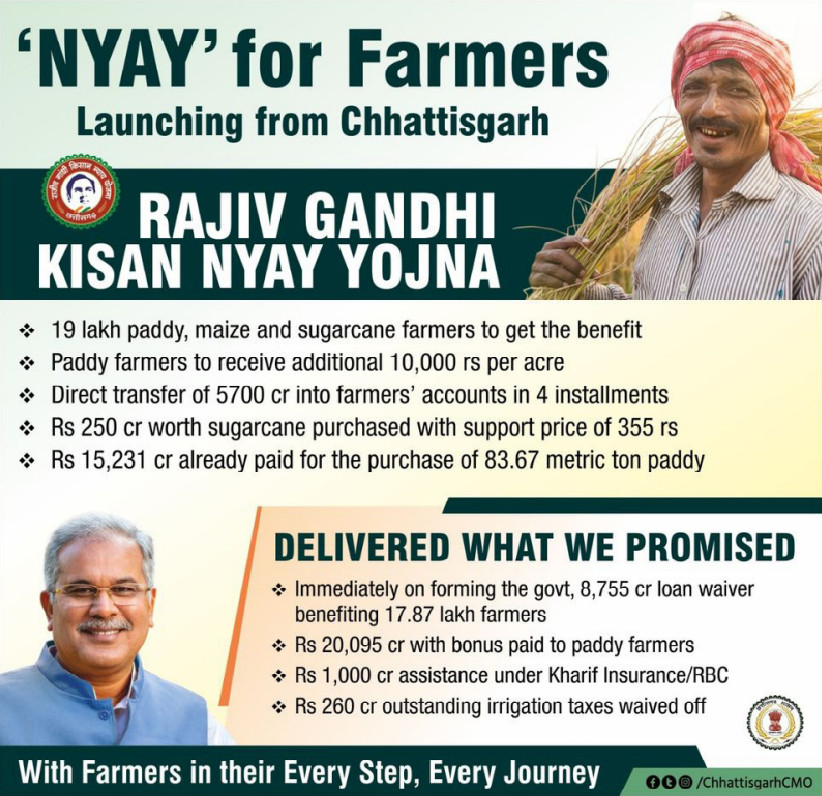 When the Lok Sabha elections were announced, the government took more steps and came up with minimum income assurance for the poor in the form of Nyay. While the idea could not be conveyed adequately, and it could not pass the electoral test nationwide, the Chhattisgarh government came up with the Rajiv Gandhi Kisan Nyay Yojna (RGKNY) to enable direct cash transfers to paddy, maize, and sugarcane farmers.

The state witnessed a sharp industrial recovery in May 2020 as farmers received Rs 1,500 crores as the first tranche of the RGKNY scheme. Under this scheme, a total of Rs 5,700 crore is meant to be transferred into the bank accounts of farmers in four parts. Year−on−year growth in GST for June is 22 percent and there is a 19 percent growth in land registration. The state stands at the top of MGNREGA workdays, and this means its markets are busy.

So, Chhattisgarh presents a validation that no amount of initiatives and tax breaks to the corporates or loan offers to people insecure and apprehensive of the future can get the economy moving. It is the direct cash at the bottom of the pyramid that can do the job.

At present, the Covid-19 pandemic has disrupted the world order and the economy. Poor farmers and urban migrant labourers have borne the maximum brunt. And it has shown us the implications of having no social security system. We stand exposed. The whole world saw millions of migrant labourers treading thousands of miles on foot with infants in their arms. We are no longer in a position to claim our status as a leading economy or democracy. All the soft power built over seven decades has been undone; we can only imagine what the good Nyay could have done in this scenario!