Founder and Director of Institute of Perception Studies (IPS), Delhi 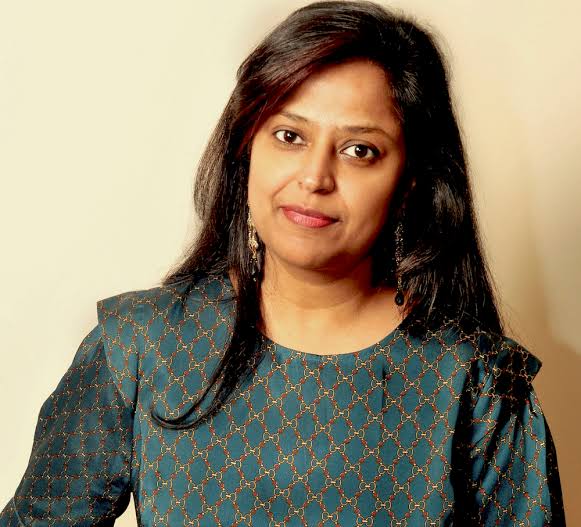 Role of the Media

Democracy promises visibility to every citizen. Visibility provides the opportunity to identify and fulfill the needs of individuals, invest and support their aspirations, design and control policy to address gaps, and protect and promote certain values. The Constitution of India guarantees visibility as a right, and the law upholds this right through its interpretation of what visibility is and how it can be supported.>

By nature, visibility is essentially the domain of media and its function of communication. Significantly, media also decides with every news what will receive the limelight and what will stay out of limelight. This crucial decision must be informed by a commitment to provide visibility to those who may be partially or completely invisible to the state and the society. With this commitment, media fulfills the role it must play in a democracy, and completes the circle of governance, accountability, representation, and other expectations of the voters. If visibility for all is a right, then media is a critical link in making this right possible. Any abdication of this duty is not only a dereliction, but harms generations of citizens who have no access to be heard or seen, except through the media.

Supported by the professional mandate and democratic duty, the media can serve the unknown, unseen citizens of this country. It can choose to be unbiased, fair, and fearless. If it did that, such a media should have the support of the citizens, the principles of the Constitution, the courts, the civil society, the powerful, as well as the powerless classes. Media can make all of India visible, and especially those who cannot afford to pay for their visibility. The business and the politics will be forced to follow such an independent media.


Reality of Our Media

Our media, instead, showcases the powerful, the rich, and the influential. The choice of news is heavily tilted towards favouring governments and political parties that hold the strings, of the purses and of the puppets. As a result, our media has now become a petri-dish to study state control, state insecurity, and state diversion. The media is the location to learn which way the government wants the wind to blow, and which side the corporate power wants the policy to turn. It is the place to study visibility of the privileged few and how democracy can sustain such massive inequality on a daily basis.

Every evening, news is analyzed so that the audience gets the context and content of the happenings during the day. These ‘news debates’ are held at ‘prime time,’ a general term to denote maximum viewership. Whatever may be the numbers, it must be noted that the audience are mere inert receivers of news and views.

The debate takes place between opposite sides, and the anchor moderates the discussion. Usually, there are winners and losers in this game, and the decision rests with the anchor. The audience does not decide the neutrality of the anchor, and must accept it as a given. In many ways, the news debate is only a popular show that caters to a pre-decided opinion but arrives at it through elaborate song and dance.

This pretense is a pity, and especially unfortunate for the audience. That is because the news debates have replaced the public sphere in the society where discussions yielded policy inputs, revision, debates, politics, welfare, and eventually, power. Public sphere was where visibility could be obtained even if ignored by the media, the government, the law, and even the society itself. That ended with the beginning of television news debates, which romanticize the public sphere and visibility of all opinion, without the dust and the grime of real life contestations. These sanitized battles yield simple pills of wisdom that can be easily consumed by the audience, who are short on time for getting into all the details. This wisdom is not just accessible, it is also justified—the television debates promise bi-partisan and balanced opinion to which the audience can commit to with a clear conscience.

However, digested wisdom is habit-forming. And that is the most harmful aspect of news debates for the audience. In a faithful demonstration of Habermas’ transformation, the public sphere has migrated to the television where the anchors replicate the conditions on the ground—except for audience participation. There is no control of the audience on the choice of topic of discussion or the anchor, or the panelists, or even how the debate is conducted. This is not merely the question of visibility and nature of television, which turns the audience inanimate; this is a source of power for the media today. A television news debate can mainstream a baseless opinion on half-an-hour of prime time. It also faces the risk of becoming a slave of whoever can pay for that half-hour of prime time.

Research into media between 2020 and 2021 21 has yielded interesting findings, especially on television news debates. This research was conducted by ‘Rate The Debate’, the media research wing of the Institute of Perception Studies, New Delhi. As a media watchdog, Rate The Debate has consistently isolated and identified trends, which have never been questioned—let alone studied. In the following section, I shall delineate four major aspects of the research by Rate The Debate—Objective, Methodology, Findings, and Analysis. This traditional path, it is hoped, will provide the basis for future improvement and more research into media, which is urgent and necessary. In view of these findings, the fifth and last part of the segment will deal with my experiment with solutions.

Objective: Television media is unstructured and impromptu, without the benefit of review or scope for guiding principles. This has been the charm and the challenge of television media across the world, and remains so. However, for any reform to take place, it is necessary to structuralize television media. The objective of the research was to map television news debates for content and intent, to suggest reforms.

Methodology: Television debates were studied for detecting pre-meditated measures that pushed the audience towards an opinion or drawing a conclusion. Motivated language, topics, and preferential treatment of panelists was studied. Also researched were markers for hate speech, media trials, and targeting of sections of population. Several indices were developed, some of which are called Prime Time Trackers, Anchor Language Analysis, Report Cards, etc.

Findings: Between 2020 and 2021, television news debates displayed worrying trends, which were evident in the findings. One, overwhelming coverage of politics that favoured the agenda of the ruling party, for example, in coverage of religious minorities. Two, support of anchors for government decisions in their language, tone, and conduct of debates, for example, in case of farm laws. Three, consistent attempts to divert attention from crises in economy, health, defence, etc. Four, absence of questions for the government, even when the audience was suffering, for example, on Covid-19 management, on fuel price hike, etc. Fifth, blacking out of the controversial decisions like privatization or issues in election going states like gender violence.

Analysis: The investors of power and money in media own the visibility that media provides. That includes the choice of who or what will be ‘invisible’ as well. This, however, does not reduce the role of such media into an image promotion unit. It still holds a nostalgic respect among the audience, who believe what they see and what they read.

It also follows that audience’s awareness is also mixed with the cynicism that despite all their own pain and suffering, a common citizen of India would never be visible to the media. The scientific analysis reiterates this and provides empirical evidence of the exclusion of the citizen from the media.

Visibility of citizens needs communication—the kind of journalism that can mainstream the fringe. Honest journalism must be defined as journalism that is honest towards bias, and safeguards itself against misuse. Journalists cannot tell stories that mattered to the ordinary people, when such stories go against funders of media organizations and their powerful friends. The choice for a journalist cannot be between honesty and employment. So, what is the solution?

One solution could be in ‘counter-communication’ or a consistent balancing of the corporate media with the independent media—countering ‘corporate journalism’ with ‘social journalism.’ A journalism of the people that makes headlines of people who will never be visible. A ‘social journalism’ that makes celebrities of common people who survive with great difficulty every day. This may appear too idealistic, and fraught with funding problems and in danger of audience apathy. It is not.

Social journalism is an experiment with solutions, that had arisen from the findings of Rate The Debate. It is being implemented through the Hakku Initiative, the Hyderabad-based research organization under the Institute of Perception Studies, New Delhi. It has an outreach arm, the Hakku Channel, a YouTube Channel, which is India’s only campaign-based ‘non-news’ channel dedicated to the narratives of the invisible Indians. The objective of this experiment is to identify issues and to consistently visibilise them through research and campaign. There have been some lessons as well as some successes in finding participatory solutions to the issues raised through such journalism.

The Hakku Initiative has worked on ‘normalized’ problems of Hyderabad citizens, like open drains or broken roads. All cities discriminate between the powerful and the powerless citizens based on infrastructure. The cleanest and most perfect parts of the city are occupied by richest businessmen. The most central and picturesque parts of the city are occupied by powerful politicians. The rest of the citizens live at various degrees of squalor, like any other city, anywhere in the country.

The solutions were relatively easy to find when journalism did not end with merely reporting the story or in blame games. The Hakku Initiative’s research reports studied the problems and the Channel communicated the narratives of citizens. In many cases, the citizens expressed that it was the first time they were speaking on these issues. Sanitation workers, for example, were followed for weeks to study their life, their families, their children, and their struggles. The series helped in highlighting the plight of several such people, some of whom eventually received support from the society as well as the local government. Mainstream media has seamlessly supported the campaigns, which were neither political nor partisan. Visibility was achieved for issues which affected the poorest and the most vulnerable. Hakku Campaigns were ‘positive disruptions’ that yielded solutions.

Experiment with solutions like social journalism reveal that counter-communication is a powerful way of inclusive visibility. The experience with media reveals the importance of doubt and faith. For an ordinary citizen, doubt is more important than faith. Doubt the news debates. Doubt the media houses. And, most importantly, doubt the journalism that speaks on behalf of power.

(Dr Kota Neelima has a Ph.D in Political Science and is an alumna of Jawaharlal University and University of Delhi. She also served as a Senior Research Fellow at the Paul H Nitze School of Advanced International Studies, Johns Hopkins University, Washington DC. Her writings focus on gender, farmer issues, and democratic deficit.)