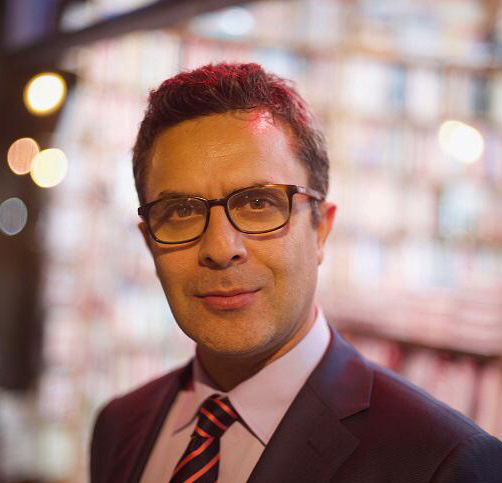 Inspire! (July 23, 2020) To most Indians, August 5, 2019 was about a cherished goal of the RSS and the BJP. The abrogation of Article 370 and revocation of autonomy for Muslim-majority Jammu and Kashmir was about making J&K part of the mainstream, more like other states. This is how integration would be achieved. The time for appeasement was over. This broad narrative pushed by the ruling establishment carried the day. However, the actions of that day constituted a significant blow to India’s federal structure. But in what way do the actions of that day impact the lives of ordinary Indians? Does August 5, 2019 matter beyond partisan jubilation or depression? Does it really matter for India’s future? At an individual level, what does it matter to a citizen? There are no easy answers to these weighty questions of constitutional principles and propriety. However, there will certainly be consequences at different levels and not always in ways that we imagined.

India’s federal structure is not an abstract concept that should only interest students of the law and those more politically aware. It has very real meaning for how the country functions, how governments at various levels interact with citizens, and how the economy creates opportunities for individual citizens.

To explore the impact of the Article 370 decision on India’s future, we will first travel back in history, then review contemporary political economy, and make educated guesses about India’s future trajectory. As we do that, a central question should animate our minds: was Article 370 an anomaly that needed to be fixed or was it a way forward for the next phase of decentralized governance in India? This remains a central concern both for India’s federal structure as well as its economic prospects.

While the evolution of India’s federal structure precedes independence, Article 1 of the Constitution of India formalized it. It stipulates that “India, that is Bharat, shall be a Union of States.” It further stipulates that “The States and the territories thereof shall be as specified in the First Schedule, and that “The territory of India shall comprise—(a) the territories of the States;(b) the Union territories specified in the First Schedule; and(c) such other territories as may be acquired.” Gautam Bhatia, a legal scholar notes in a recent paper that a “significant part of the Constitution is concerned with the division of powers between the Union and the states: legislative power, executive power, administrative power, and financial power.”1

Bhatia’s paper focuses on what he calls a “centralizing drift” in the evolution of India’s federal structure. This is what many of us intuitively register—an increasingly strong central government whose powers appear to have grown at the cost of the states, aided in part by the courts, especially the Supreme Court. This “centralizing drift” is not new but almost a feature from the Constitution’s inception. Bhatia examines the claim that Indian Constitution is “quasi-federal” with a “central bias”. Supreme Court judgments appear to side with this interpretation repeatedly although not exclusively.

Before we go further, it is important to mention that the 73rd and 74th constitutional amendments created an additional layer of government beyond the level of states. This is where governance was devolved to the local levels. However, the centralization that afflicts centre-state relations also affects this new layer of government. Local bodies remain in search of more financial and administrative powers, even though some progress in these areas is visible.

It is not the objective here to delve into all the case files that have contributed to this “centralizing drift” in India but understand where we are today, especially in light of what happened in 2019. But here, as in life in general, context is important. Article 370 was part of a historic compromise that led to J&K becoming part of India. Many other princely states became part of India and the Indian Constitution in some ways sought to address the diverse aspirations of all the people who had become a part of that unique democratic experiment.

At the outset, however, there were proponents of a strong central government. Pandit Nehru was of the view that “it would be injurious to the interests of the country to provide for a weak central authority which would be incapable of ensuring peace, of coordinating vital matters of common concern and of speaking effectively for the whole country in the international sphere.”

However, it was also not the case that the founders wanted states to be totally subservient to the centre. There were plenty of accommodations made that enabled states with distinctive characteristics to enjoy autonomy without impeding the centre’s role as a unifying force.

J&K’s autonomy should be seen in that context. However, the Modi Government’s amendment of Article 370 to remove J&K’s autonomy and then to divide the state into two union territories marks a particularly gruesome attack on the federal structure and the place of states in it. To understand why that is the case, Bhatia presents a succinct summary of the maneuvers that he calls “a clear case of abuse of union power.” Bhatia describes the situation as follows:

“Once that was achieved, the scene shifted to the union parliament, where the government had a brute majority. The union parliament passed a law that stripped Jammu and Kashmir of statehood, and turned it into a union territory (i.e., territories within India that—to various degrees—are directly controlled by the central government). In doing so, the union parliament purported to act under Article 3 of the Constitution which—as we have seen—authorizes parliament to create and extinguish states, or alter their boundaries, subject only to consultation with the legislature of the affected state.”2

In the Article 370 case, the central government, acting as a temporary caretaker of the state, implemented far reaching changes that ordinarily only a state government should be undertaking. Also, the central government used powers under Article 3 to unilaterally dismember a state and create union territories out of it. But does Article 3 even give that power to the centre? If yes, then all states are at the mercy of the centre and that does not sound like a federal entity at all. Both these questions remain unanswered because the Supreme Court has not taken up the Article 370 case so far. In that itself may lie an answer.

But what does this “centralizing drift” or Article 370 have to do with everyday issues that ordinary citizens face? Quite a lot, in fact. First, as the hegemonic political power, the BJP may seek not just more power but also seek greater conformity with its world view. The rise of Hindutva and the resurrection of Pratap Narain Misra’s verses such as “If you really want your own welfare,/ Then unite, O children of Bharat!/ Chant unendingly in one language/ Hindi, Hindu, Hindustan!”3 While proponents of this sentiment might think it is a truly wonderful and winning idea, and it may yield political dividends in the short term, significant dangers lurk. Pushing this line risks impacting India’s diverse communities in unpredictable ways. There is nothing to suggest that an agenda of uniformity, pushed by the BJP, won’t generate a strong resistance from long-established cultures around India. That could prove destabilizing and create an environment inimical to socioeconomic development.

Beyond the realm of politics, there is also a significant concern about the effectiveness of governance structures that play a large role in determining the pace of economic progress in the country. Just as in the sphere of the Constitution and politics, there is a steady encroachment by the centre in the economic affairs of the states. As Ajay Chhibber and I pointed out in our recent book, ‘Unshackling India’, “The proliferation of national flagship schemes has blurred the role and responsibilities of the Centre and the states and diminished accountability.”

We note that “The idea that the Centre will design national schemes, which will then be implemented in a prescribed manner by state governments and districts with huge variability in their capacity and governance quality is itself absurd.”As it is,“India’s share of local government spend and hiring is much lower than in most developed countries but also much lower than in authoritarian centrally dominant countries like China, where delegation and devolution are very substantial, making government far more effective.”

In India, there is a need to strengthen coordination, collaboration, and knowledge exchange at different levels of government. The central government has an important coordination and policy planning role and also implements key national programs. However, India’s federal structure appears to be more centralized with limited opportunities for local stakeholders to have a say in broad policy formulation. A decentralized system could be more effective to deliver public services in India. There is evidence to suggest that village-level meetings (gram sabhas) help better target poverty programmes and help temper rent-seeking behaviour among local politicians.4

Another study in West Bengal and Rajasthan found that women’s reservations help improve the delivery of public goods in villages. If more women led panchayats, investments in drinking water went up compared to villages led by men. The hypothesis appears to be that the presence of women leaders encouragesgreater participation of females in the affairs of villages and with more women present at meetings, there is greater investment in areas that are priorities for women.5

But it isn’t the case that decentralization only improves public service delivery. Decentralization has the potential, still unfulfilled, to transform how poor and marginalized communities get a “seat at the table”. The negotiating room for weaker sections of society could improve if we take decision-making closer to them. For this to happen, the Centre and states should have an institutionalized coordination mechanism and this should be replicated at the level of states, districts, and blocks. Feedback loops along this entire chain can have many desirable impacts, including the implementation of good practices and improved disease surveillance.

Federalism for Over a Billion Dreams

We must be careful, however, to not think of decentralization as a panacea. Nothing really is a panacea in economic development. There is a lot of trial and error and the circumstances of individual countries have a lot to do with how effective decentralization ends up being. However, with a more centralized approach, India’s progress, while considerable, remains woefully inadequate to “lift all boats”.

Perhaps it is time to rededicate ourselves to the promise of federalism and push the envelope to secure the dreams of all Indians. Otherwise, in celebrating the disempowerment of those unlike us, we may end up making everyone worse off. Jammu and Kashmir’s autonomy was a model that deserved to be debated and, perhaps even emulated by different states…of course, keeping in mind their own unique needs and aspirations. That would be in line with the principles of federalism enshrined in the Constitution.

* Salman AneesSoz is an economist, author, and commentator, and Deputy Chairman of the All India Professionals’ Congress. Views expressed are personal. @salmansoz; atworksalman@gmail.com