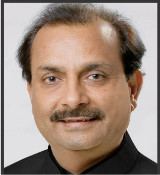 The Covid-19 pandemic has impacted every sector of our economy. Businesses around the world are facing its heat. Leading agencies across the world have been making grim predictions about the future. The world will need time to rebuild itself.

The pandemic and the subsequent lockdown has severely wounded the Indian economytoo, and it may not stop hurting till 2021. It is as if the country, with its 135−crorepopulation, is walking on an economic landmine without a landmine detector. One wrongstep and we would be in real trouble.

Let us break down some important aspects of our economy and understand how they will be affected due to this unprecedented shock.

The closure of trade and commerce during the lockdown has had a negative impact on consumers’ pockets, sentiments, and demand. If there is no money, there will be no pocket powerful enough to spend. Without demand, companies will have no reason to produce/manufacture and will not be able sell their products in the market. Small and medium enterprises will be the worst affected, as they have little breathing space in terms of holding stock or cash flow to service fixed expenditure and loans.

As it is clear, the economy is on a downward spiral and requires government’s and RBI’s support. We are at a point where the government should help the people with direct money transfer to enable them to spend. The announcements made by union finance minister are either from already announced budget provisions, or they are simply an eyewash for the industry, especially for MSMEs.

Impact of the Lockdown: Recession

Indian economy will face the worst recession it has seen in the recent history. This is probably an undisputed fact right now. Recession is declared when the GDP growth becomes negative for two consecutive quarters. We were already seeing a declining GDP growth rate from January 2020, and in the April−June quarter too there was a huge decline in the growth rate. Given the extended lockdown and the crisis that we were in, there was very little hope that the economy would recover in the next quarter. Goldman Sachs had pointed out that India’s stringent lockdown and tepid fiscal support, small compared with even other emerging economies, may lead to GDP contracting by a massive 45% in the June quarter. Thus, recession is inevitable!

The economy is not expected to bounce back before 2022. S&P’s Indian arm Crisil, Fitch Ratings, and Goldman Sachs have projected India’s economy to contract 5 percent or more in FY21. These are some grim predictions.

A high level of unemployment and inflation will be the norm for some time. We also need to understand that Covid-19 has impacted both demand and supply. The supply chain has crumbled, and the prolonged lockdown has not made the situation easier. Demand has also shrunk significantly. If people don’t have money, how will demand be generated? And if people do not demand or buy goods, why would manufacturers produce them? It is a vicious cycle. If production reduces, companies won’t earn profits, and they will reduce their cost by laying off more workers. More layoffs will, in turn, reduce demand. Also, there will be fewer goods sold at a higher price.

The Poor Are the Worst Affected

The lowest strata of our society are going to suffer the most. To analyze this, let’s categorize money in terms of flow and stock. People having stable jobs have a steady flow of money. These people do not have much to worry about, and they will just spend money from their stream of money flow. People without a permanent job, but having some savings (which can be thought of as stocks), will survive this period by finishing their stocks. Now, what about the people who have neither stocks nor the flow? These people will suffer the most. New jobs will be very hard to find, so they won’t get the flow anytime soon. 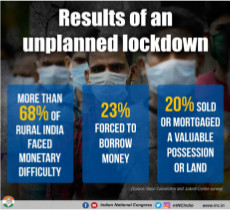