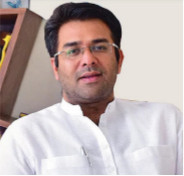 It has been a few months since the government of India unilaterally banned 59 Chinese mobile applications, including the Indian heartland’s mass market equivalent of Twitter, known as Tik−Tok.

Tik−Tok is a global phenomenon with India holding the prime position as one of its fastest growing markets. The company that owns the Tik−Tok application, Bytedance, is a multi−billion dollar company that is headquartered in China and had plans to go public this year. The Indian government’s move to ban Tik−Tok and seek explanation of its data storage and privacy policies will undoubtedly hurt the company’s prospects in the marketplace. However, unknown to many who lauded the move, it will also economically and socially impact a large number of young, self−employed, small town and rural Indians who have become global celebrities through the medium, gathering millions in their flock and cashing in on their fame through product placement and traditional advertising deals. From Ludhiana to Salem, this aspirational class of Indians includes bakers, performers, teachers, singers, blue collar workers, and young professionals. Many of them had painstakingly built a following over several years, making it the sole means of their livelihood. The sudden ban on Tik−Tok was akin to demonetising all the virtual currency they had accumulated on the platform.

A month since Tik−Tok was banned, several Indian platforms have attempted to take its place. However, most of them, such as Chingari, Taka−Tak, and Roposo, have been unable to take the load of the massive migration and are glitchy. Instagram, owned by Facebook and incorporated in the US, introduced a new feature that mimics the core functionality of Tik−Tok and has managed to remain stable in the face of a large number of users migrating to their platform. The problem still remains, however, in followers as most of the Tik−Tok stars now have a tenth of their flock, severely limiting their monetisation capabilities. Companies such as Roposo have been offering Tik−Tok stars monetary compensation and incentives to produce content on their platform. But the stars are more concerned with maximising their audience and given their global base, Instagram and YouTube have seen a lot of inward migration during this phase.

The move to ban Tik−Tok came at a time of escalating tensions between India and China along the Line of Actual Control (LAC). The ruling dispensation chose to paint the ban as retaliation for Chinese aggression along the LAC and as the first step in a longer journey to economic independence from China. The unfortunate truth is that almost everything we buy today is either entirely made or partly made in China. This includes pharmaceuticals, the active ingredients of which are entirely made in China; electronics, from the basic printed circuit boards to extensive chipsets, are made in China; from solar panels that dot India’s largest solar parks, radios on towers that power our cellular communication, to Sardar Patel’s statue on the banks of the Sabarmati, everything has the stamp of Made in China. A temporary or even permanent ban on an application that would cause harm to the livelihoods of Indians who are struggling to make ends meet during a period of recession is an unwise move.

Furthermore, imposing blocks, tariffs, or providing the domestic industry with subsidies to compete with the Chinese would only lead to a spike in inflation as goods manufactured here would benchmark their prices higher, just short of the landed Chinese equivalent’s price. This would lead a further shrinkage in consumer demand which has already dipped this year for the first time since liberalization.

The Chinese have also invested over 27 billion dollars in Indian startups. Tencent, Alibaba, etc., have taken pole positions in pushing the nascent Indian venture capital market forward. With the US increasingly turning inward and conventional forms of financing being constrained due to a glut of bad loans in the banking sector, the equity provided by Chinese companies in the mid− to late−stage financing of startups is oxygen for these capital−thirsty and demand−constrained ventures.

No one denies the importance of economic prosperity as the best defence against the military aggression of our neighbours. But knee−jerk reactions such as the ban on the Chinese apps would only serve to dissuade other international corporations from investing in India. Recently, Mark Zuckerberg, the founder of Facebook, spoke about the ban and said that he was worried that one day Facebook too could be the victim of such arbitrary action. ‘Atma Nirbhar’, the phrase used by the Prime Minister to describe India’s economic vision, is one that stirs up memories of long forgotten ghosts of protectionism and quotas. The way forward, instead, needs to be one of an economic policy that focuses on structural reforms that boost productivity and competitiveness: reforms on land, labour, and capital that focus on labour intensive and capital efficient industries which generate employment and are competitive on exports. If we don’t seize this moment to craft such a vision, we will be left with broken and expensive replacements, much like our Tik−Tok stars have been.